New York Subliners is the official Call of Duty League Franchise team of New York. It is owned and operated by Andbox, Sterling VC, and the New York Mets.

Home of the New York Subliners #NYSL. Call of Duty team for the @andbox_official family. Franchise in @CODLeague.

Let them know what city you rep. 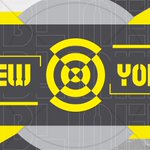 ZooMaa was announced as the team’s first player signing on September 25th, 2019.

Temp and Accuracy‘s signings were announced the next day on September 26th, 2019.

Then, Zer0 and Attach rounding out the starting roster less than 24 hours later on September 27th, 2019.